Long time no post (sorry!). Hubby and I have recently returned from Sri Lanka & the Maldives. Both amazing experiences that I’ll soon share in more detail on future blogs!

Today, it’s all about New York, New York! So, there’s a lot of hype about New York, but for hubby, it wasn’t “his place” (which I fully understand, as Barcelona wasn’t “my place”). However, there’s no mistaking, the amount of things to do in this city that never sleeps; so as always, we fully enjoyed our stay here. It’s not the cleanest of places (which I think is what hubby didn’t like), but just look around you and you’ll easily forget the dirt!

For those who aren’t close by, America is easy to have a road trip experience. We flew into JFK, toured New York, trained it to Elizabeth (New Jersey to see family), then picked up a hire car to continue our road trip to Philadelphia, Washington, then back to New Jersey to see more family (although others could easily have flown back from Washington). Amazing. Amazing. Amazing! The tour itself is too long for one blog so just NY city today.

Tours we did:
– underground tourists. So in most cities, I advise hop-on-hop-off is the best way around but probably not in this city. We simply got a map, which had where key landmarks were on, and took the subway everywhere we needed. Cheap, easy, and quick.

– Statue of Liberty (a must to pre-book). For those who want to go inside the crown, book in advance. I unfortunately did it too late so could only go to the middle. But still very much worth it. The boat trip (which can be boarded from battery park) arrival where you see her in all her glory is the best view. Did you know, she was a gift from France? The ferry also allows you to tour Ellis island also.

– Movie tour. We love TV & movies so why not! And boy were we glad to have done this unless we would have never gone to Ellen’s stardust diner, the meeting place for the tour. First thing in the morning, waiting for the bus, we went inside Ellen’s stardust diner for breakfast (as you do) and were greeted by a wonderful host who would, at intervals, bring up many of her fabulous singing waiters / waitresses singing Broadway tunes. I love the theatre so I was in heaven. This spot has also been known to hire these singing waiters so people do go, giving it their all, in hopes of making their Broadway dream a reality. Just wow. The movie tour was also great seeing where things such is I am Legend & Friends were filmed. We passed by The Carter’s residence and hubby seriously wanted to hop out to say “wagwan” to his homey Jay Z 😂

– Shopping: fifth avenue, Macy’s. I’m not a shopaholic but even I had to browse

– Times Square, grand central station (yes, it’s a destination and must see), Central Park, Maddison Square Gardens, National September 11 Memorial & Museum. Take a stroll and enjoy all what New York has to offer. You simply can’t get bored with the hustle & bustle and activity in this city. If you’re lazy like us, take the horse & carriage around Central Park & pop your head in for ice cream at the Fairmont hotel where home alone was filmed

– Broadway. If you’re a theatre lover, you can’t not do Broadway. We went to watch Miss Saigon. Hubby fell asleep (typical!)

– Brooklyn Bridge. We took the train all the way to Brooklyn and did the bridge. Then caught the bus in Brooklyn to see the Barclay Centre, and shopping mall (because why not! We love to explore!)

– luxury lifestyle. Our hotel was a modest 4* on Lexington Avenue. Close enough to walk to everywhere needed (i.e., Broadway, Times Square), but as this was hubby’s 30th celebration, we booked in for drinks at the Baccarat Hotel. Lush place. Loved it so much, we tipped a fair bit (either that or “tipsy” made us “tip” 😂😂)

– Food. Gotta save the best for last. By our hotel was a lovely Japanese that was the shizzles. Many various other cafes & restaurants that you can eat at cheaply, or we were lucky to have at Maddison square, street food stalls which I love. On our ferry trip back from Statue of Liberty, we were advised that the best soul food was Sylvia’s restaurant. So what do Mr & Mrs Benson do? Get the train to Harlem to find the best soul food in town 😂 we found it! And it’s frequented by the stars as to its popularity. People are entitled to their opinion and unfortunately real soul food was too sugary / sweet for our taste buds, but the experience was totally worth it. We then ended up back in Harlem with friends to shake a leg (yes, we really are explorers!) the following evening.

The memories will have to stop there but if you want to find activities more suited to you, just type into google “things to do in New York City”. You’ll definitely find something for everyone. Would I go back again, yes! But the world is big and we have lots more places to see, so for now, New York, you will forever be a fond memory 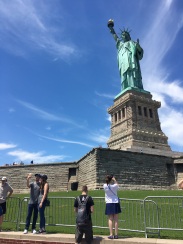 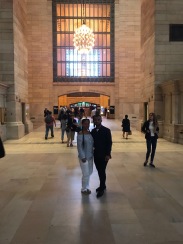 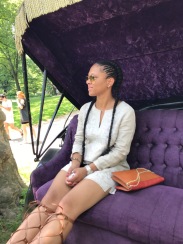 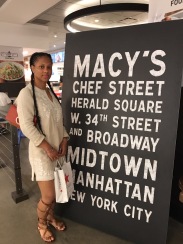 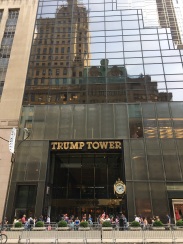 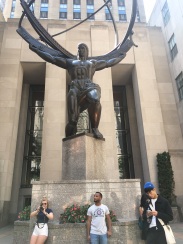 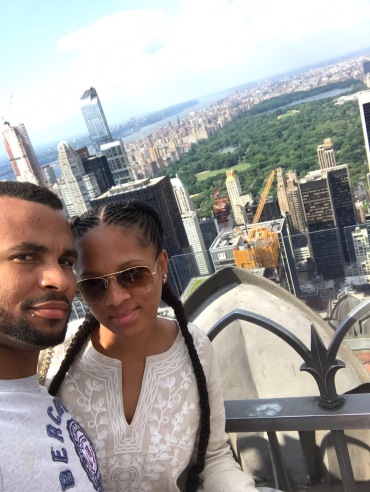 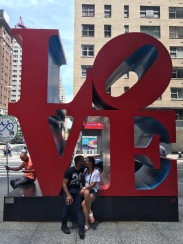 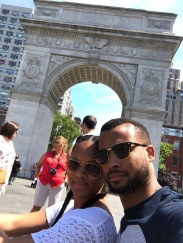 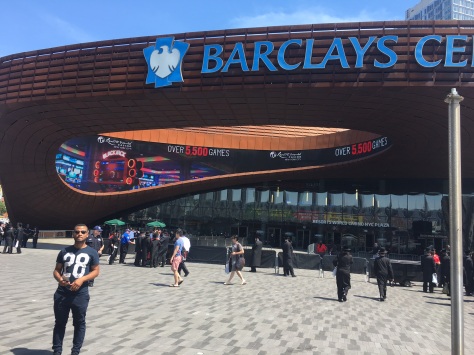